To start a game quickly, select:

You can move your character in the game by dragging or tapping the target destination. 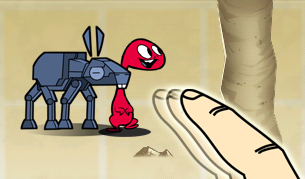 Drag to the location you want to go. 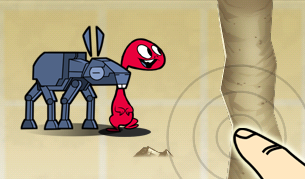 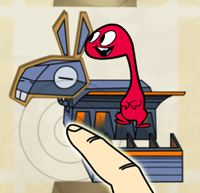 To Re-Enter the Store from the Map, tap the store.

At the bottom of the screen is the HUD. You can see your own holdings, or by tapping any of the other tabs, see the computer holdings

The pause menu allows you to set volume, turn tutorials on/off, restart the game, or get help. 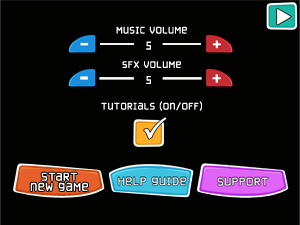 So you’ve decided to take part in settling planet Irata, a remote and hazardous dustball of a planet light years from home… You’ll be stranded for months, armed only with a bit of cash, your wits and a bevy of glitchy, temperamental M.U.L.E.s (Multiple Use Labor Element). Did I mention your only neighbours are three other colonists who are just as happy to pick over your bones as they are to trade precious resources? There are also thieving pirates, voracious pests and acid rain storms? Still want to go? Than pack your Wampus bait and read on fearless settler!

Build a thriving colony on planet Irata while becoming the most successful player. Ideally the colony will live to see another year with you as it’s wealthiest resident. Hone your strategy by deploying your MULEs effectively and harvesting and trading essential resources such as food, energy, and smithore to form a thriving economy. Get too greedy by exploiting the colony’s weaknesses (or your rival’s stupidity) and you may find yourself ruling a colony doomed to failure.

The Colony’s success is dependent on the total of the player scores. The Federation really just cares that in total, wealth was created.

Will you leave a legacy for your descendants or flee Irata with your bags of money as the colony crumbles around you? Perhaps you’ll just starve in the process.

The game is divided into 4 phases

Alright, that sounds like a lot but you’ll get the hang of it after a few rounds. Let’s begin!